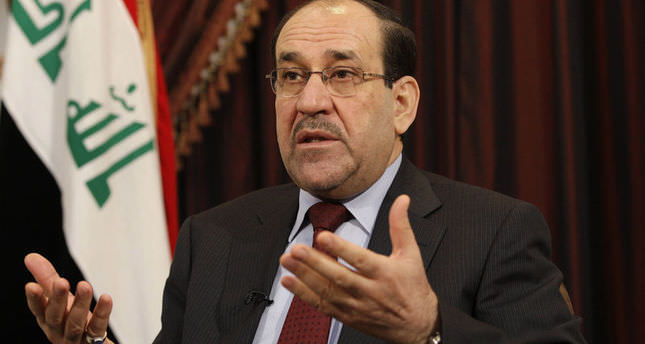 by Jul 03, 2014 12:00 am
Prime Minister Nuri al-Maliki offered a general amnesty Wednesday in a rare conciliatory move to undercut support for militants whose offensive has overrun swathes of territory and threatens to tear Iraq apart.

The offer comes after a farcical opening to the new parliament, despite world leaders calling on Iraq's fractious politicians to unite urgently to help combat insurgents, as the military struggles to seize the initiative.

Maliki's surprise move, made in his weekly televised address, appeared to be a bid to split the broad alliance of extremists, loyalists of executed dictator Saddam Hussein and anti-government tribes that has captured large chunks of five provinces, displacing hundreds of thousands of people.

"I announce the provision of amnesty for all tribes and all people who were involved in actions against the state" but who now "return to their senses," Maliki said.

But he excluded those involved in killings, and it was not immediately clear how many people might be eligible.

Analysts have said some form of political reconciliation is needed to convince Sunni Arabs angry with the Shiite-led government to turn against their co-religionists and extremists.

The vast majority of Iraq's Sunni Arab minority do not actively support the self-proclaimed Islamic State (IS) group spearheading the offensive, but analysts say anger over perceived mistreatment by the authorities means they are less likely to cooperate with the security forces.

Maliki's announcement came a day after an eagerly awaited opening to the Council of Representatives descended into chaos and ended in disarray without a speaker being elected.

Washington quickly warned that "time is not on Iraq's side," with State Department spokeswoman Marie Harf calling for "extreme urgency."

UN special envoy Nickolay Mladenov said Iraqi politicians "need to realize that it is no longer business as usual."

Under a de facto agreement, the premier is a Shiite Arab, the speaker Sunni Arab and the president a Kurd.

Presiding MP Mahdi Hafez said the legislature would reconvene on July 8 if leaders were able to agree on senior posts.

In another sign of political discord, Maliki rejected Wednesday an assertion by the autonomous Kurdish region that its control of disputed territory is here to stay.

Kurdish leader Massud Barzani has even said a referendum will be held in the coming months on independence for the oil-rich region.

On the ground, Iraqi forces were struggling to break a stalemate with militants after initially wilting before the onslaught. They have since performed better, albeit with limited offensive success.

But the cost has been high. Nearly 900 security personnel were among 2,400 people killed in June, the highest figure in years, according to the United Nations.

Thousands of troops, backed by tanks, artillery and aerial cover, have made limited progress in retaking Tikrit, which fell on June 11, as a highly publicized operation appears to have hit difficulties.

"They are advancing slowly because all of the houses and burned vehicles (en route to the city) have been rigged with explosives, and militants have deployed lots of roadside bombs and car bombs," said Ahmed Abdullah Juburi, governor of Salaheddin province of which Tikrit is the capital.