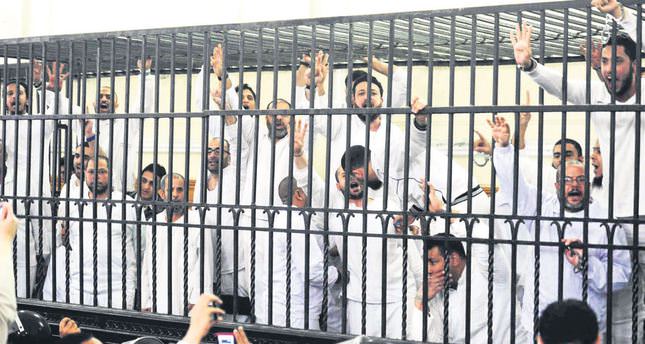 One year after the July 3 coup, Egypt is witnessing a catastrophic decline in human rights, failing economic performance and a massive security crisis under Sissi's rule

Exactly one year ago Egypt witnessed a turning point in its history when its army chief went on air declaring a military coup against the first democratically elected president Mohammed Morsi following the June 30 demonstrations that called for early elections.

The same military general, Abdel Fattah el-Sissi, was later announced legal president for Egypt after the May presidential election which witnessed a high rate of boycotting from both voters and candidates leaving el-Sissi with only one candidate as competition.

The political, economic and security policies of Egypt have taken a different path since the military ouster came to power. Western governments and rights groups have voiced concern for freedom of expression in Egypt, while Amnesty International published a report on Thursday revealing the "catastrophic decline in human rights one year after the ousting of Morsi."

The report stated that at least 16,000 people have been detained over the past year as part of a sweeping crackdown against Morsi's supporters, at least 80 people died in custody and more than 40,000 people were detained or indicted between July 2013 and mid-May 2014.

Various torture methods were used, including the use of electric shock, rape, handcuffing detainees and suspending them from open doors, another hanging method known as "the grill" was also used, which involves handcuffing the detainee's hands and legs to an iron rod and suspending the rod between two opposite chairs until the detainee's legs go numb. Security forces then start using electric shocks on the person's legs.

The security dragnet has been expanded to include secular and liberal activists, including many who played leading roles in the 2011 popular revolt that ousted autocratic President Hosni Mubarak.

According to information gathered by Amnesty International, since January 2014 Egypt's criminal justice system has recommended the death penalty for 1,247 men, pending the Grand Mufti's religious opinion, and upheld death sentences against 247 individuals. The decisions to sentence individuals to death came after grossly unfair trials.

Economically the country is suffering from its worst economic crisis since the great depression. A drastic fall in both foreign investment and tourism revenues heightened amid persistent security challenges. An 11 percent drop in growth has been recorded since the coup. This led to a sudden increase in food prices, unemployment rates as well as a shortage of fuel and cooking gas, pushing the country closer to the brink. "According to the International Bank, 43 percent suffer from poverty in Egypt, the unemployment rate has reached 20 percent [even though] no official numbers [have been] released lately, Egypt's foreign debt reached $46 billion according to the central bank last December," Mamdouh al-Waly, the former president of Egypt's official newspaper, Al-Ahram, and the economic journalist told Daily Sabah.

Sissi has set out an ambitious plan to develop agriculture, housing, education, impoverished areas and employment, the plan however is vague to many experts on how the massive funds required would be raised by a country that is suffering from its worst economic crisis since the great depression. Since Sissi gave a series of television interviews, many Egyptians feel he has not spelled out a clear vision of how he would tackle Egypt's challenges, instead making a general call for people to work hard and be patient. "I would expect for the economic state in Egypt to get worse by time, none of the suggested solutions are not implemented, adding to that the new economic team and the prime minister who have humble economic experience including the trade minister who has been in charge since last year couldn't fix the situation," al-Waly added.

A 2014 Pew poll has found widespread pessimism among Egyptians regarding the direction of the country and its institutions. According to the survey, a staggering 72 percent of Egyptians are currently dissatisfied with the direction their country is headed, compared to just 24 percent who are satisfied. The number of unsatisfied Egyptians has jumped 11 percentage points since last year, when former President Morsi was removed from power in the military takeover.

The safety level in Egypt worsened by the deep polarization is a reason behind the pessimism among Egyptians. On Monday, two bombs exploded at Ittihadiya presidential palace. The militant attack is the most recent in a series of explosions that have hit the country since last year, leaving hundreds of police and army personnel dead.

The security clampdown has dimmed hopes for a democratic evolution in Egypt, a sentiment which soared after the anti-Mubarak uprising three years ago which brought the elected president Morsi to power. The army could intervene in the democratic process but would probably leave Egypt wandering in the middle of its way to "bread, freedom and social justice."