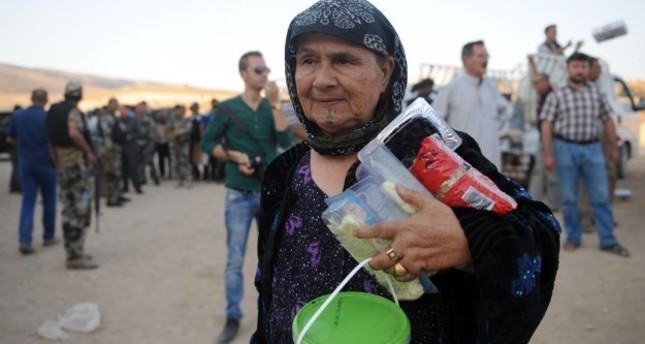 by AA Jul 04, 2014 12:00 am
Regional security is at risk if the international community does not tackle the Syrian refugee crisis, the United Nations warned on Thursday.

"The international community simply cannot afford to let this growing and increasingly protracted population of refugees fall through the cracks," Guterres said. "Nor can we fail to support the countries who generously host them."

The UN estimates at least 2.9 million Syrian refugees are registered across the region. This figure is growing at a rate of 100,000 a month, according to the refugee agency. An increasing number of women and children among them are facing "violence, exploitation and abuse."

The UN has repeated its concerns that Syrian refugees also face reduced food rations, raising the possibility of widespread malnutrition.

Due to poor hygiene conditions and a lack of access to clean water, Syrian families may also be at risk from diarrhea, typhoid, polio and other water-borne and contagious disease, the UN added.