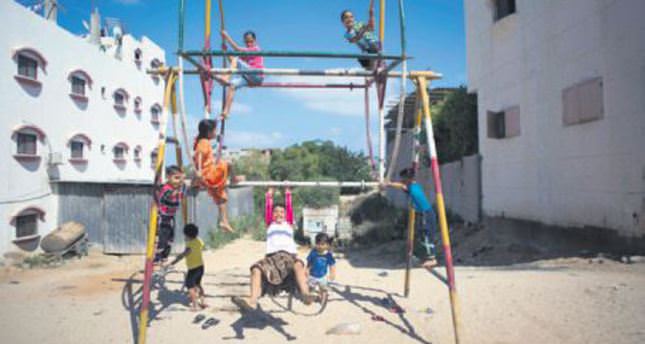 The escalation of violence on the Gaza-Israeli border created concern, with a top U.N. official criticizing Israel's revenge attacks

The U.N. human rights chief condemned both Palestinians and Israelis for a flare up of violence across the Israel-Gaza border following the deaths of three abducted Jewish teens and the recent revenge killing of a Palestinian teenager. "I utterly condemn these rocket attacks and more especially I condemn Israel's excessive acts of retaliation," U.N. Commissioner for Human Rights Navi Pillay said in Vienna yesterday. "I am extremely concerned by what's happening," she added.

At least 10 civilians were injured in the northern Gaza Strip, including a woman in critical condition, Gaza emergency chief Ashraf al-Qedra told reporters. Witnesses reported hearing explosions in the northern Gaza Strip and Gaza City. A Palestinian teenager was kidnapped and killed Wednesday, apparently in revenge for the murder of three Israeli youths, prompting international calls for calm as violence flared in Jerusalem. Israeli Prime Minister Benjamin Netanyahu condemned the "despicable" killing, urging both sides "not to take the law into their own hands."

The family of one of the slain Israeli teens, still in mourning, said any revenge murder was a "horrendous act." Palestinians held Israel responsible, demanding Netanyahu's government act to prevent revenge attacks. "I demand the Israeli government punish the killers if it wants peace between the Palestinian and the Israeli people," said Palestinian President Mahmud Abbas.

U.S. Secretary of State John Kerry warned that acts of vengeance would worsen an explosive situation. "At this tense and dangerous moment, all parties must do everything in their power to protect the innocent and act with reasonableness and restraint, not recrimination and retribution," he said. Eyewitnesses told Agense France-Presse, Mohammed Abu Khder, 16, was seen being forced into a car by three Israelis in occupied East Jerusalem.

Police confirmed a body had been found in a forest in Givat Shaul in West Jerusalem, although they refused to link the two incidents. The attack is widely believed to have been carried out in revenge for the kidnapping and killing of three Israeli teenagers. Israeli police have raised their alert system to the second highest level.
RELATED TOPICS