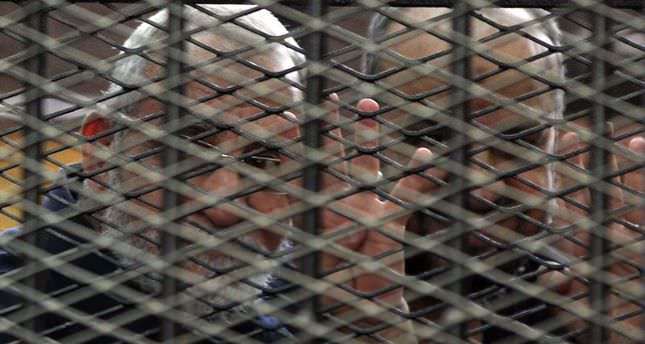 by AA Jul 05, 2014 12:00 am
An Egyptian court on Saturday sentenced ten leaders of the Muslim Brotherhood to death on charges of inciting violence in the Qalioubiya province last year, a judicial source said.

The defendants were convicted of blocking roads, inciting violence and attacking security forces on July 22-some three weeks after the ouster of elected president Mohamed Morsi by the military.

Two people had been killed and 35 others injured in the violence.

Among those condemned to death-who were all tried in absentia-was senior Brotherhood leader Abdel-Rahman al-Bar, who is known as the Brotherhood mufti.

The court also slapped 37 Brotherhood leaders, including Supreme Guide Mohamed Badie, with life sentences each and another defendant with a 3-year jail term, the judicial source said.

Thousands of Brotherhood members have been arrested on charges of incitement-to-violence and joining a "terrorist" group.

The defendants, however, deny the accusations, which they describe as "politically motivated".
Last Update: Jul 05, 2014 6:25 pm
RELATED TOPICS