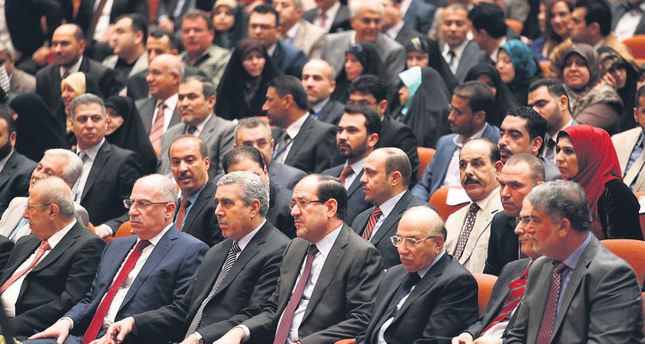 Iraq's newly elected parliament has postponed its next session until Aug. 12, the office of acting parliamentary speaker Mehdi al-Hafidh said, amid political deadlock in Baghdad over the formation of a new government.

The legislature was previously expected to meet Tuesday. Pressure is mounting to quickly form a new government that can confront militants who
have overrun much of the country.

The parliament said in a statement Monday that "after discussions with the heads of the blocs and concerned parties" that the next session will be held instead on Aug. 12. It expressed hope that "another chance will be available for more dialogue and discussions to arrange that meeting."

Hafidh's office told Reuters that parliament would soon issue a statement to clarify the reason for the delay. Salim al-Jabour, a Sunni lawmaker, told Reuters the meeting had been postponed because parliament "had failed to reach political consensus or agreement" over the nomination for three top posts.

Parliament met last Tuesday for the first time since its election in April and had planned to meet again this Tuesday. The first session ended without agreement on top government posts. Sunnis and Kurds walked out after Shiites failed to nominate a new candidate for prime minister.

Embattled Prime Minister Nouri al-Maliki said last week that he hoped to overcome the challenges blocking the formation of a new government, but he has also remained defiant amid criticism from many in the divided parliament who are calling for him to withdraw his bid for a third term.

Under a governing system put in place after the removal of former strongman Saddam Hussein, the prime minister has always been a member of the Shiite majority, the speaker of parliament a Sunni and the largely ceremonial president a Kurd.

Iraqi forces have largely regrouped after the debacle that saw soldiers abandon their positions and, in some cases, even weapons and uniforms as militants led by the Islamic State of Iraq and al-Sham conquered the northern city of Mosul and advanced to within about 80 kilometers of Baghdad.
But while Iraq has received equipment, intelligence and ground help from the U.S., Russia, Iran and even Shiite militias it once shunned, languishing government efforts to push back were dealt a blow by the killing of a senior general on Monday.

Ibrahim bin Ali is in the Abu Ghraib area, just west of Baghdad, near where security forces have been locked in a months-long standoff with militants who have seized control of the city of Fallujah.
RELATED TOPICS