Rockets from Gaza reach northern Israel for the first time 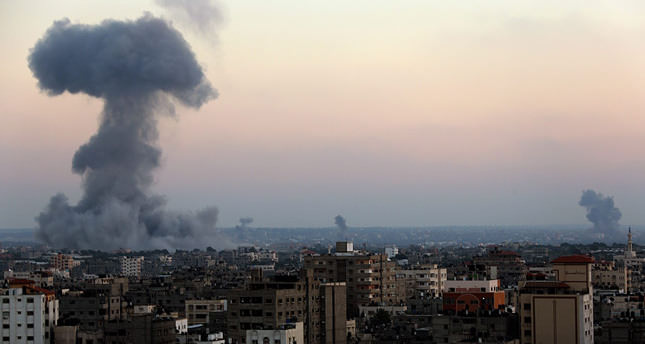 Palestinian resistance group Hamas has claimed responsibility for blowing up a tunnel under an Israeli military site located south of the Gaza Strip. Rockets from Gaza reached northern Israel for the first time on Tuesday.

Millions of Israelis have taken shelter from volleys of rockets fired by Palestinian factions in the Gaza Strip, Israeli media reported.

On Tuesday, the Ezzeddin al-Qassam Brigades, Hamas' military wing, said that it had fired volleys of rockets on Jerusalem, Haifa, Tel Aviv and Ashdod.

According to Israeli army, a Palestinian rocket hit an Israeli house in Jerusalem, but no casualties were reported.

At least 17 Palestinians were killed and scores injured in Israeli attacks across the Gaza Strip on Tuesday, while Palestinian resistance groups continued to fire rockets into Israel in response to ongoing Israeli airstrikes.

The Israeli army said Tuesday that its air and naval forces had struck scores of sites across the Gaza Strip overnight, while ground troops were being amassed on the strip's borders in advance of a possible ground incursion.

Gaza-based resistance factions, for their part, continued to fire rockets into Israel on Tuesday in response to ongoing Israeli airstrikes.

The latest escalations come amid heightened tension over the killing of three teenage Jewish settlers in the West Bank last month and the subsequent murder of a 16-year-old Palestinian boy by Jewish settlers.