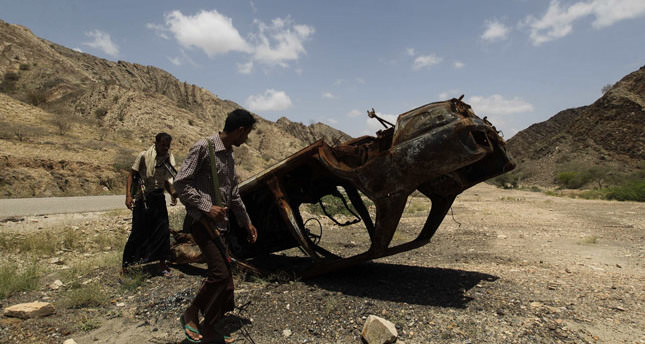 by Associated Press Jul 08, 2014 12:00 am
Government and military officials in Yemen say fighters from a Shiite rebel group have taken control of a northwestern city where they have been fighting for weeks with conservative Sunnis from one of the country's largest tribes.

The officials said the rebels seized control Tuesday of the city, north of the capital Sanaa, deploying fighters and vehicles at government offices, banks and shops. A spokesman for the Hawthi rebels, Mohammed Abdul-Salam, says his group has no intention of replacing the government in the city, adding that it is only fighting what he called an extremist group.

Witnesses said bodies littered the ground following days of fighting over control of the city.