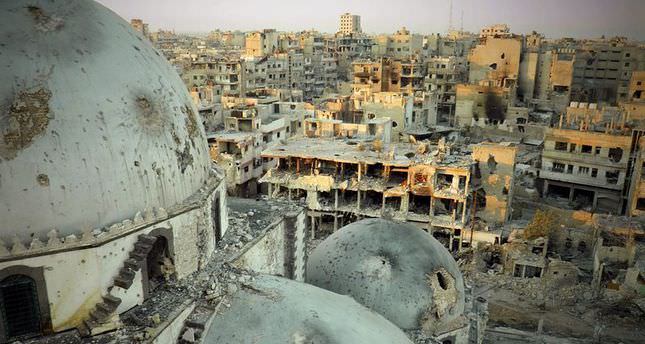 by AA Jul 09, 2014 12:00 am
Fifteen people died as a result of an attack on a mosque late Tuesday in the town of Zafaran in Homs, in the western part of the country.

The Syrian army fired missiles at Omer Bin Abdulaziz Mosque in Zafaran, Homs, during Ramadan prayer time, according to a statement by the Syrian Revolution General Commission.

Fifteen people were killed and many were wounded some of whom are in critical condition, the commission said.