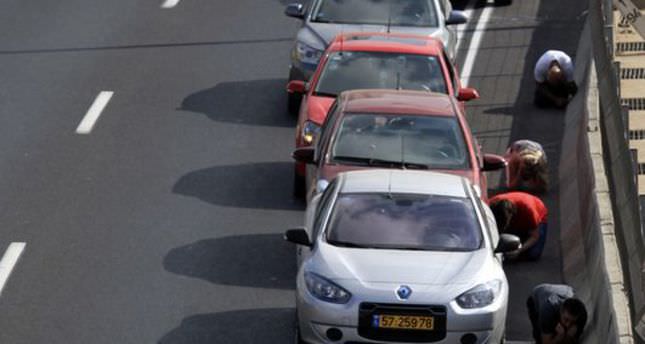 The medical service said on its Twitter account that six people were lightly hurt and 32 others were treated from panic from Palestinian rocket fire.

On Tuesday, the Ezzeddin al-Qassam Brigades, Hamas' military wing, said that it had fired volleys of rockets on several Israeli cities, including Jerusalem, Haifa, Tel Aviv and Ashdod.

According to Israeli army, a Palestinian rocket hit an Israeli house in Jerusalem, but no casualties were reported.

Violence raged in the Palestinian territories on Tuesday after Israel launched a major military offensive – dubbed "Operation Protective Edge" – with the stated aim of staunching rocket fire from Gaza.

At least 17 Palestinians were killed and scores injured in Israeli attacks across the Gaza Strip on Tuesday, while Palestinian resistance groups continued to fire rockets into Israel in response to ongoing Israeli airstrikes.

The latest escalations come amid heightened tension over the killing of three teenage Jewish settlers in the West Bank last month and the subsequent murder of a 16-year-old Palestinian boy by Jewish settlers.