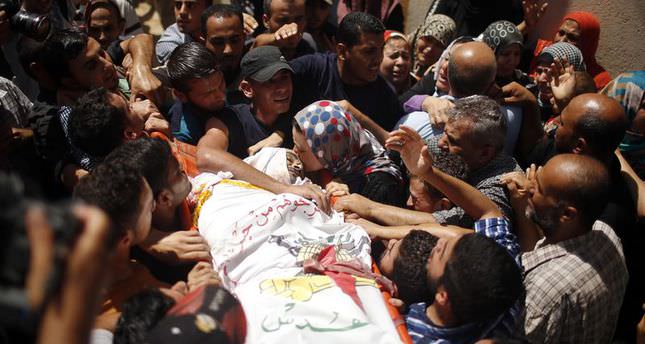 by AA Jul 09, 2014 12:00 am
Three Palestinians were killed Wednesday in Israeli airstrikes on the Gaza Strip, raising the number of people killed to 27 since the self-proclaimed Jewish state launched a military operation against the Palestinian enclave earlier this week.

Nayfa Fargallah, 80, was also killed in another Israeli raid on a farmland in al-Maghraqa in central Gaza, he added.

The Wednesday fatalities brought up to 27 the number of Palestinians killed in Israeli airstrikes on the coastal enclave since Israel announced the launch of its military offensive-dubbed "Operation Protective Edge"-on Monday night with the stated aim of staunching rocket fire from Gaza.