Gaza 'on a knife-edge': Ban Ki-moon 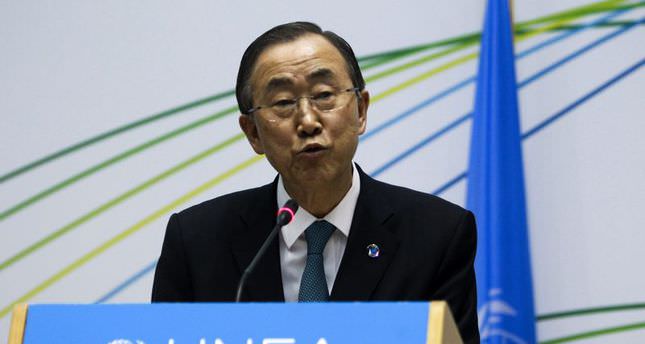 by AA Jul 10, 2014 12:00 am
The UN Secretary-General warned on Wednesday that Gaza is "on a knife-edge" after a new wave of violence that has also hit southern Israel and the West Bank.

Ban Ki-moon told reporters at the UN headquarters in New York that the risk of violence expanding further is still "very real" and the situation is on a "downward spiral which could quickly get beyond anyone's control."

"Gaza, and the region as a whole, cannot afford another full-blown war," said Ban, addressing the issue in a special briefing on the deteriorating situation in the Israeli-Palestinian conflict.

Ban said he had been speaking with world leaders, including Israeli Prime Minister Netanyahu, Palestinian President Mahmoud Abbas, other regional heads of state and US Secretary of State John Kerry.

The UN chief said he has asked world leaders to exert influence to stop the conflict, and requested an urgent meeting of the Security Council.

Ban said he urged Benjamin Netanyahu "to exercise maximum restraint and to respect international obligations to protect civilians."
He also said rockets fired at Israel from Gaza are "unacceptable."