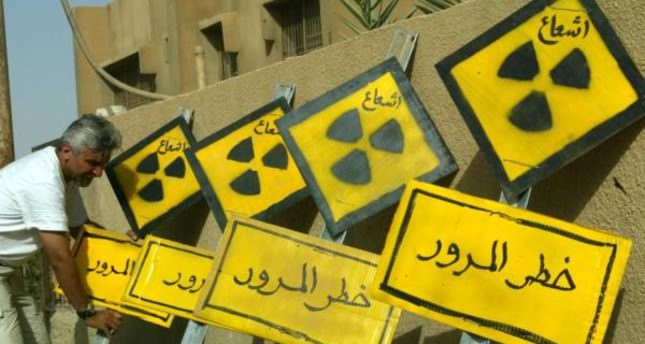 by Jul 10, 2014 12:00 am
The U.N. atomic agency said on Thursday it believed nuclear material Iraq said had been seized by insurgents was "low grade" and did not pose a significant security risk.

Iraq told the United Nations in a July 8 letter seen by Reuters that "terrorist groups" had seized nuclear materials used for scientific research at a university in the country's north. It appealed for help to "stave off the threat of their use by terrorists in Iraq or abroad".

The International Atomic Energy Agency "is aware of the notification from Iraq and is in contact to seek further details," IAEA spokeswoman Gill Tudor said.

"On the basis of the initial information we believe the material involved is low grade and would not present a significant safety, security or nuclear proliferation risk."

"Nevertheless, any loss of regulatory control over nuclear and other radioactive materials is a cause for concern," Tudor said.

"Terrorist groups have seized control of nuclear material at the sites that came out of the control of the state," Alhakim wrote, adding that such materials "can be used in manufacturing weapons of mass destruction."