Healthcare services in Gaza on brink of collapse: WHO 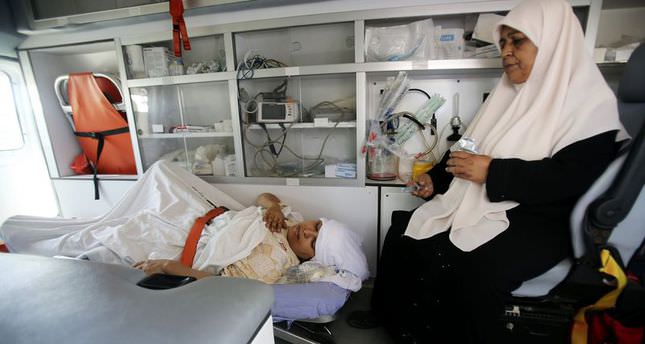 by reuters
Jul 11, 2014 12:00 am
Health services in Gaza city are on the brink of collapse amid severe shortages in medicines and fuel for hospital generators, as the Gaza conflict with Israel deepens, the World Health Organization warned on Thursday.

WHO appealed to donors for $40 million for essential healthcare supplies through year-end and a further $20 million towards the debt owed by the health ministry to East Jerusalem hospitals receiving cancer patients from Gaza and the West Bank.

"The recent escalation of violence in the Gaza Strip raises concern about the ability of the government and the Ministry of Health of the occupied Palestinian territory to cope with the increased burden of medical emergencies on the health system, given the high levels of shortages of medicines, medical disposables and hospital fuel supplies, and rising healthcare debt," WHO said in a statement.

At least 98 Palestinians, most of them civilians, have been killed in Israel's Gaza offensive, Palestinian officials said on Thursday.