President Gül calls for an end to attacks 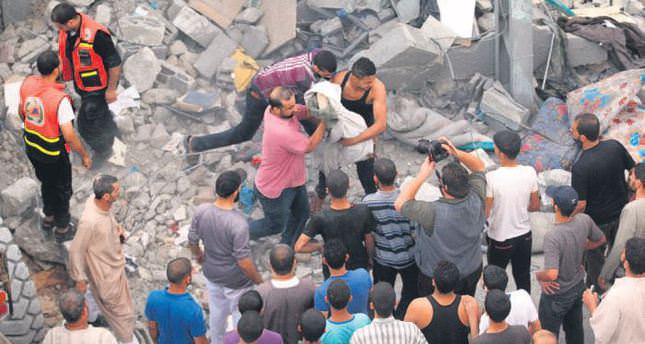 by Daily Sabah Jul 11, 2014 12:00 am
Turkish President Abdullah Gül urged Israel on Friday to halt its deadly assaults on the Gaza Strip and condemned a potential Gaza ground invasion while calling for a return to the 2012 ceasefire agreement mediated between Israel and Hamas. Gül also expressed his concerns over escalating violence in Gaza, saying it is paving the way to a "tragedy of humanity." "There is a need for a return to the November 2012 ceasefire agreement and efforts should be intensified to restart peace talks in a manner that the Palestinians would be given their essential rights," President Gül said in a written statement, with regard to the escalating violence in Gaza following the start of an Israeli military operation late Monday.

He also spoke about the unstable situation in Iraq and Syria and its spillover effect on the entire Middle East and called on all parties to end ongoing violence by working through diplomatic channels to resolve the conflict. "Otherwise, no winner will emerge out of all this process," Gül added.
Last Update: Jul 11, 2014 10:36 pm
RELATED TOPICS