85 dead as clashes with ISIS leaves Iraq in bloodbath 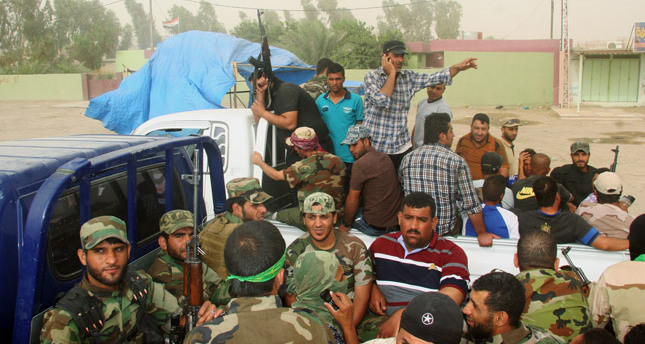 by AA Jul 13, 2014 12:00 am
At least 85 people were killed and 79 wounded in the Iraqi capital Baghdad, and in the western Anbar and northern Saladin provinces of Iraq in clashes between the Iraqi army and Islamic State of Iraq and al-Sham (ISIS) militants on Sunday,local officials said.

Gunmen attacked in the towns of the Zayounah, Yusufiye and Huseyniye neighborhood in Baghdad on Sunday and killed at least 36 people, including 26 women, two soldiers, Iraqi police said. The attacks targeted civilians and security officers due to the power vacuum in the area.

The clashes between Iraqi army and ISIS militants in Anbar's district Hadise killed 34 people, and injured 32 security officers according to the Hadise governor.

In a separate conflict, six ISIS militants were killed in Ad- Duluiyyet city of Saladin while in another Saladin district, at least nine civilians, including four soldiers were killed by ISIS militants. According to Iraqi parliamentary members, ISIS also kidnapped 10 people from the same region.

Iraq saw a significant increase in sectarian violence between Sunni and Shia Muslims since June, when a coalition of armed opposition groups led by ISIS took control of large swathes of the country's predominantly Sunni provinces.

The latest wave of insurgency began when militants captured the city of Mosul on June 10 and soon afterwards took control of a number of other key cities and towns including Tikrit, Tal Afar, Fallujah and Baiji.