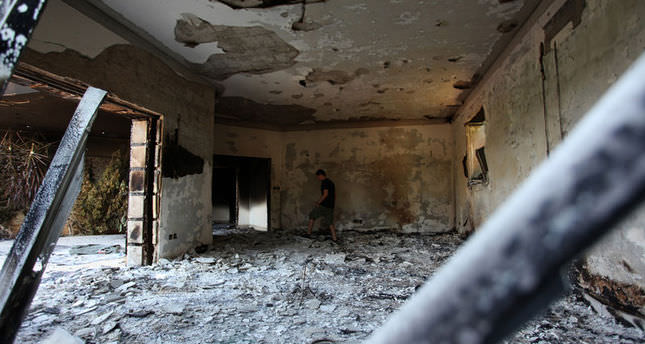 by Jul 13, 2014 12:00 am
Heavy fighting between militias with anti-aircraft guns and rocket propelled grenades broke out near the airport of the Libyan capital Tripoli on Sunday, residents and Reuters witnesses said.

Explosions could be heard on the airport road and other parts of Tripoli though it was not immediately clear who was fighting whom.

Libyan social media websites said the airport had been closed. A Reuters reporter on the airport road said he could see no inbound or outbound flights.

British Airlines and Turkish Airways canceled their flights, while thick smoke could be seen near the airport, residents said.

Social media websites said several rockets had hit the airport perimeter. Pictures posted on Facebook showed thick smoke at what was said to be the parking area in front of the main terminal.

The airport area, some 30 km (18 miles) south of Tripoli, has been controlled by militia fighters from Zintan in northwestern Libya since the overthrow of Muammar Gaddafi in 2011 though other groups have challenged them.

Libya has been in turmoil as government and parliament have been unable to control militias who helped oust Gaddafi in 2011 but now defy state authority.

Libya's nascent army and police are no match for militias battle-hardened from the eight-month 2011 uprising.