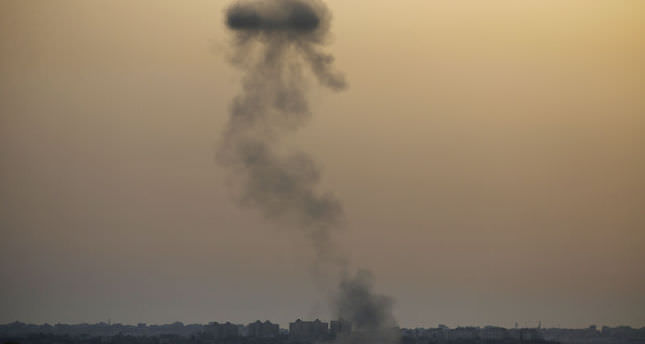 by AA Jul 13, 2014 12:00 am
The Palestinian Health Ministry has accused Israel of using banned weapons in pounding the Gaza Strip.

He accused Israel of using banned weapons in striking the Gaza Strip, home to 1.8 million Palestinians.

"Medical teams have found wounds on the bodies of those killed and injured that are caused by the banned DIME weapons," the Palestinian official said.

"Foreign doctors in Gaza have confirmed that Israeli missiles and shells are destructive and internationally banned," he added.

Abul Resh cited that about 40 percent of those killed in ongoing Israeli attacks in the Gaza Strips were women and children.

"Children and women make up around 62 percent of those injured in the attacks," he said, going on to appeal to human rights organizations and the international community "to pile pressures on Israel to halt is aggression on the Gaza Strip".

At least 165 Palestinians have been killed and hundreds injured since Israel launched a military offensive in the Gaza Strip on Monday with the stated aim of ending rocket fire from the strip.