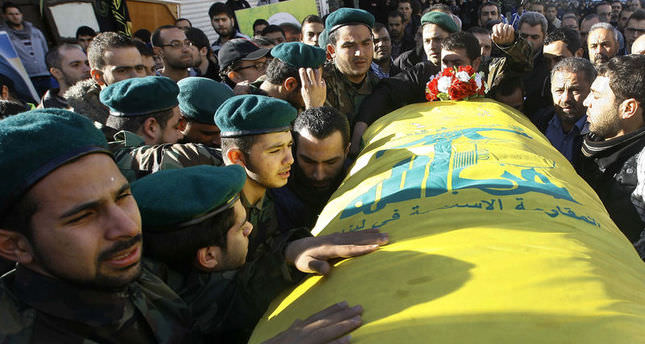 by AA Jul 14, 2014 12:00 am
Five Hezbollah fighters and 30 Syrian opposition militants were killed in fierce clashes late Sunday in the vicinity of the Arsal city in southern Lebanon, according to a security source.

The sources, speaking on condition of anonymity, told Anadolu Agency that clashes had erupted between the Hezbollah fighters and the militants who had taken refuge in the border area between Syria and Lebanon after Syrian government forces had seized control of the town of Qalamoun in northern Syria nearly a month ago.

Neither Hezbollah nor Lebanese authorities were available for comment.

The Lebanese Shia group fights alongside Bashar forces in Syrian.