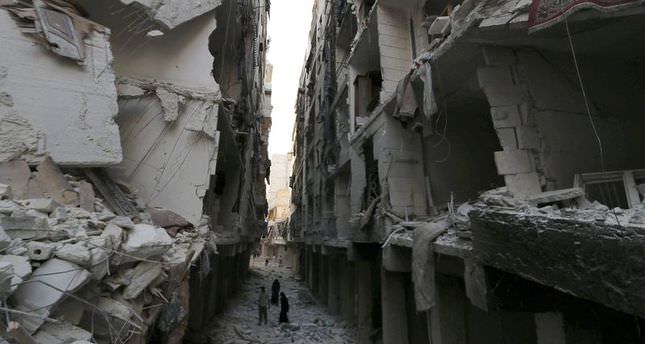 by AA Jul 14, 2014 12:00 am
At least 46 people were killed during operations across Syria on Sunday, allegedly by forces loyal to the regime of President Bashar al-Assad, according to opposition activists.

The London-based Syrian Network for Human Rights, which tracks civilian and opposition casualties, said heavy artillery attacks by regime forces killed 21 in Aleppo, 16 in the suburbs of the capital Damascus, four each in Daraa and Hama, and one in Homs.

In a separate report, the Syrian Revolution General Commission – the body representing the majority of opposition groups – reported that helicopters dropped barrel bombs, a controversial type of non-precise explosive, in opposition-controlled areas in Aleppo.