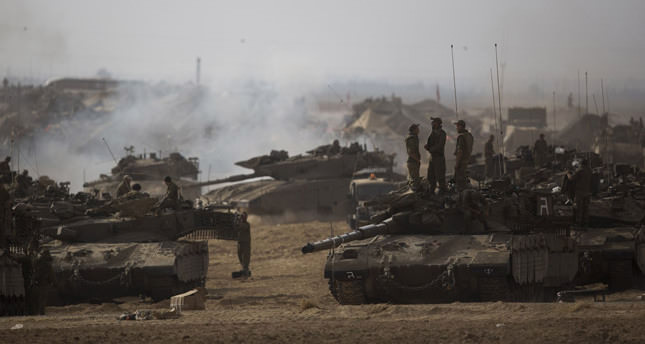 by Jul 14, 2014 12:00 am
Egypt proposed a ceasefire in the conflict between Israel and its foe Hamas to start at 0600 GMT Tuesday and be followed by talks on easing the flow of goods into Gaza.

The proposal late on Monday came on the eve of a scheduled visit by US Secretary of State John Kerry to Egypt, a traditional broker in Palestinian-Israeli conflicts, to push for a halt to seven days of exchanges that have left 184 Gazans dead.

"0600 GMT has been set for the beginning of the implementation of truce arrangements between the two sides," the text of the proposal said.
There was no immediate reaction from Israel or Hamas, which have both said they are not yet prepared to accept a ceasefire.