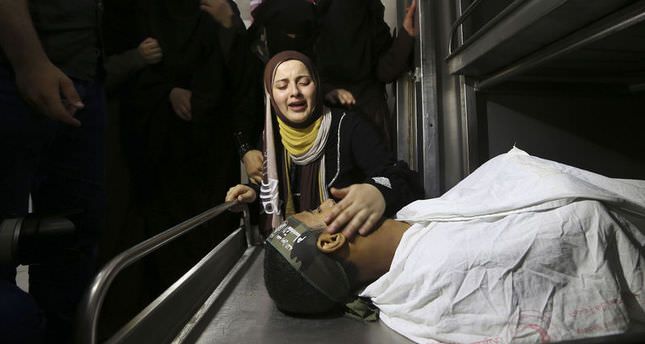 by AA Jul 14, 2014 12:00 am
The total number of Palestinians killed in Israeli airstrikes across the Gaza Strip over the past week has reached 194, according to a Palestinian Health official.

"At least 194 people have been killed and around 1400 injured, many seriously, since the start of the Israeli military operation," Health Ministry spokesman Ashraf al-Qodra told Anadolu Agency on Tuesday morning.

Since last Monday, Israeli warplanes have struck more than a thousand targets across the besieged enclave, which is home to around 1.8 million Palestinians.