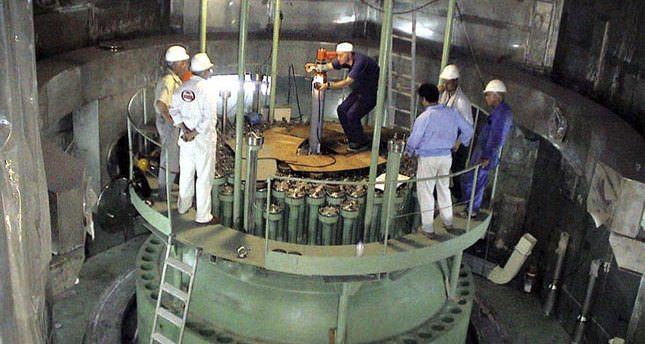 by Jul 15, 2014 12:00 am
A deal on Iran's disputed nuclear programme is improbable by a July 20 deadline and talks between Tehran and six world powers are likely to be extended for some months, a Western diplomat said on Tuesday.

There was no immediate official comment from the parties involved in the negotiations - Iran, the United States, France, Russia, China, Britain and Germany. European Union foreign policy chief Catherine Ashton is coordinating talks with Iran on behalf of the six powers.

"Given that it is highly improbable to finalise an agreement by Sunday, it would be highly probable that we will continue the talks in the coming months," the diplomat said, speaking on condition of anonymity.

Earlier on Tuesday, Tehran also suggested that an extension of talks beyond the self-imposed July 20 deadline was likely.

Iran and the six nations are trying to bridge differences in negotiating positions over a deal intended to end a decade-long stand-off over Tehran's nuclear activity. The West fears the programme may be aimed at developing a nuclear weapons capability but Iran says it wants only peaceful nuclear energy.

Under an interim nuclear deal reached last November that granted Iran limited sanctions relief in exchange for curbing some atomic work, the talks could in theory be extended by up to six months. But diplomats and experts have suggested that any extension is likely to be much shorter.

The Western diplomat, referring to disagreement primarily over the permissible future size of Iran's uranium enrichment programme, said: "We cannot say things are going in the wrong direction, things are going generally in the right way, but on the main subject, the most difficult one, we are still very far apart."

"The idea that we can resolve all that before the weekend is improbable. The coming weeks don't make much sense (to resume talks) given it's August. There will be a little break."