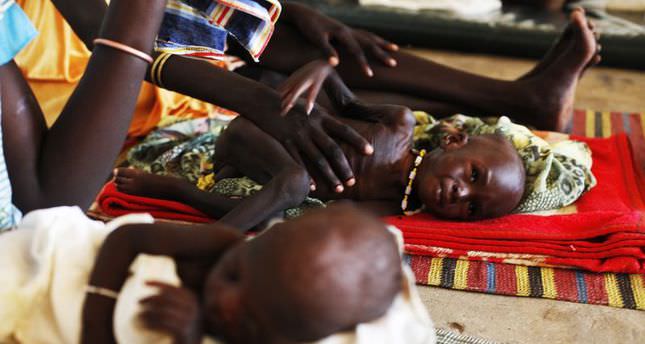 by Jul 16, 2014 12:00 am
Worsening conflict in Darfur and an influx of people fleeing war in South Sudan helped push to almost seven million the number needing aid in Sudan, the UN said Wednesday.

The figure is a jump from the United Nations' previous estimate of 6.1 million, issued last year.

"The Sudan humanitarian response plan has been revised to reflect the deteriorating situation in Darfur, the influx of new refugees from South Sudan, and Sudan's acute malnutrition crisis," Ali Al-Za'tari, the UN's Sudan humanitarian coordinator, said in the statement.

Violence throughout Darfur reached its worst levels in a decade this year, displacing about 300,000 people from late February to mid-April.

The latest displacements bring to 2.2 million the number uprooted and living in camps in Darfur, where conflict began 11 years ago.