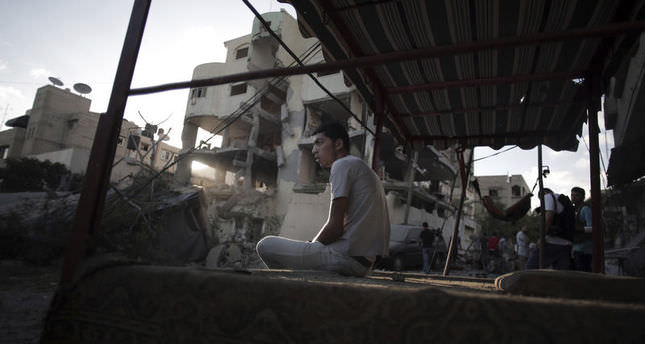 by AA Jul 16, 2014 12:00 am
Israeli forces have ordered more than 225,000 Palestinians in the besieged Gaza Strip to evacuate their homes ahead of fresh airstrikes.

The Israeli radio said the army had given the Palestinians until Wednesday morning to comply.

According to Palestinian official statistics, some 50,000 people live in the southern Gaza City neighborhood of Zaitoun while 100,000 reside in the eastern al-Shujaya neighborhood.

More than 75,000 Palestinians also live in the northern Gaza Strip city of Beit Lahia, according to the same statistics.

Thousands of Palestinians have already been forcibly displaced from their homes because of the ongoing Israeli military onslaught against the blockaded coastal enclave.

At least 200 Palestinians, mostly civilians, have been killed in unrelenting Israeli airstrikes on Gaza since July 7.

Fatalities include at least 39 children and 24 women, according to Palestinian health officials.

More than 1500 people have also been injured, many seriously, in the Israeli aerial attacks, which Israel say aim to stop rocket firing from Gaza.