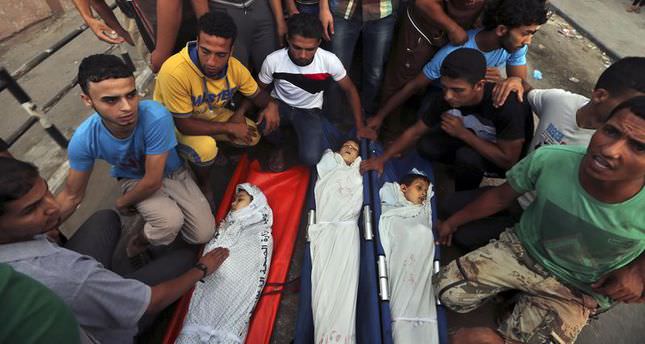 by AA Jul 18, 2014 12:00 am
Palestinian resistance faction Hamas on Friday accused Israel of intentionally targeting children during its ongoing military onslaught on the blockaded Gaza Strip, now in its second week.

He pledged that the Israeli premier would pay a "heavy price" for killing Palestinian children in the embattled coastal territory.

Earlier Friday, three Palestinian children were killed when their residential building in the northern Gaza Strip was struck by Israeli artillery fire.

Since July 7, when Israel's offensive against the strip began, at least 264 Palestinians-mostly civilians-have been killed in relentless air, naval and ground attacks.

Fifty-eight children and 28 women have been among those slain.

In recent days, thousands of Israeli troops had been called up and amassed on the strip's borders in advance of an anticipated ground assault.