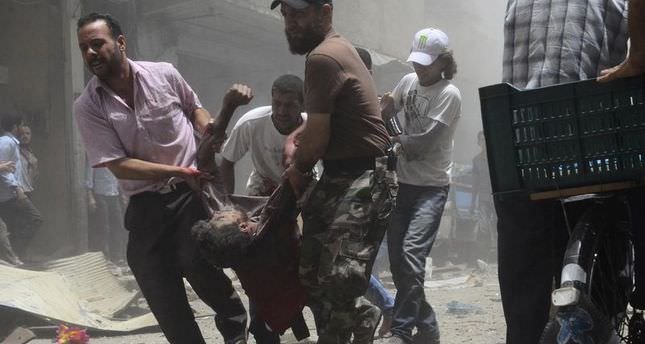 by AA Jul 21, 2014 12:00 am
At least 64 people, including three women and three children, have been killed in air and ground operations allegedly carried out across Syria by forces loyal to President Bashar al-Assad, according to opposition activists.

The London-based Syrian Network for Human Rights, which tracks civilian and opposition casualties, said the regime's air and land operations Sunday killed 18 people in Hama, another 18 in the suburbs of capital Damascus, 15 in Daraa, 10 in Aleppo, two in Idlib, and one in Homs.

Syria has been gripped by fighting since the regime launched a violent crackdown in response to anti-government protests in March, 2011, triggering a conflict that has spiraled into a civil war.