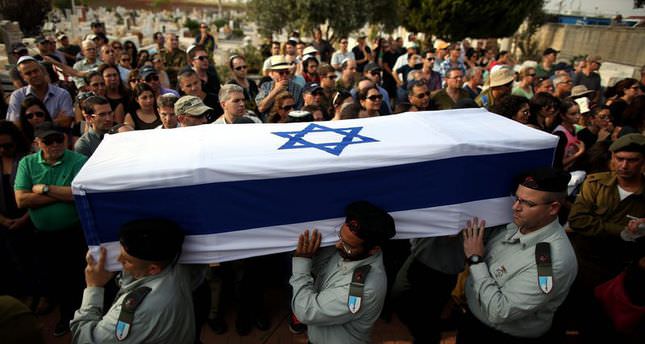 by Anadolu Agency Jul 21, 2014 12:00 am
The military wing of Hamas,Ezeddein Al-Qassam Brigades, stated on Sunday that its fighters killed 15 Israeli soldiers.

The statement said 45 Israeli soldiers have been killed since the beginning of the Gaza ground offensive launched by Israel.

On the other hand an Israel Army spokesman wrote on Twitter that only seven Israeli soldiers have been killed in the last 24 hours and the death toll of the Israel army was 25.