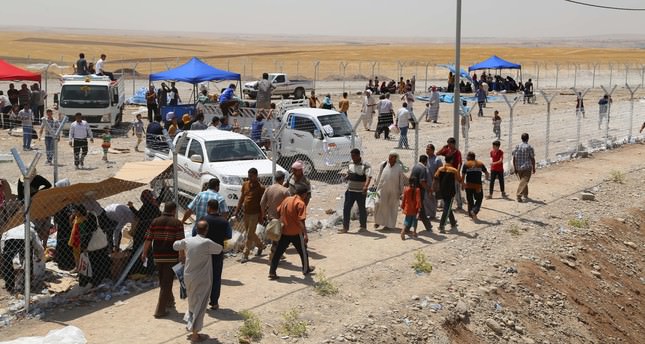 The Islamic State of Iraq and al-Sham (ISIS), which captured Iraq's Mosul last month, has forced the centuries-long Arab Christians residents to leave the city unless they converted to Islam. These Christians have been living in Mosul and in other cities in Iraq since the early days of Islam and ISIS seems to be the first force to undertake a religious cleansing. Chaldean Catholic Patriarch of Baghdad Louis Raphaël I Sako said, "For the first time in the history of Iraq, Mosul is now empty of Christians." Last Friday, an announcement was made in Mosul by ISIS saying: "We are offering the Christians three choices:

Islam, paying the dhimma contract (a tax to secure the Christians' lives and right under the religious administration) and involving contract. If any of these is refused, they [Christians] will have nothing but the sword." In the announcement, it was said that ISIS leader Abu Bakr al-Baghdadi, who declared himself as caliph, said that if those Christians refuse living under these terms and conditions, then they must leave the borders of ISIS [controlled territory].

The amount of money the Christians must pay to stay in Mosul is around $470 (TL 999). The homes of Christian families have been marked by the militants and 52 Christian families have left the city so far. It was reported that the families were not allowed to take any of their belongings except clothes. The families are heading to the Kurdish cities of Irbil and Dohuk in the north, yet they do not know what they will be facing or what will happen to their property. ISIS, which has gained control of 35 percent of Syria, according to the latest reports from the region, was once part of al-Qaeda, but was disowned by the organization due to its extreme violence against other opposition groups, including al-Qaeda's official Syria branch, Jabhat al-Nusra.