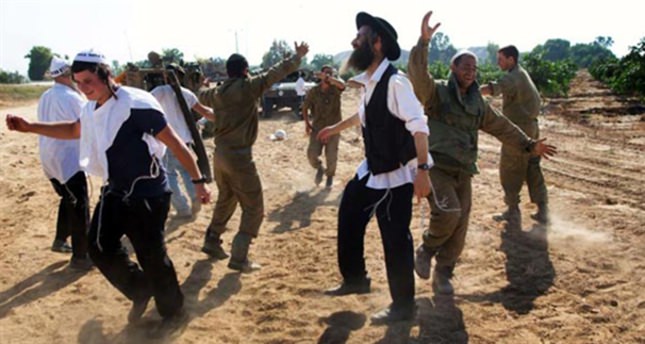 by Daily Sabah with Agencies Jul 21, 2014 12:00 am
Photos of Israeli soldiers and Israeli extremists dancing to celebrate the massacre in Gaza have been published on Monday after the Gaza death toll hit 509, most of them being civilians.