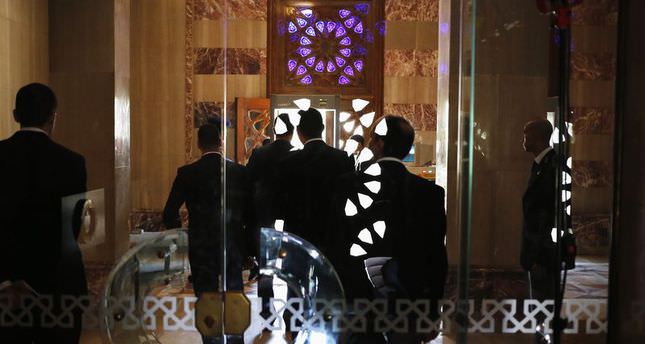 by Jul 22, 2014 12:00 am
Egyptian security officers checked U.S. Secretary of State John Kerry and his top aides with a metal detector as they arrived for a meeting on Tuesday with President Abdel Fattah al-Sisi, an unusual screening for a senior State Department official.

Footage taken at the Egyptian presidential palace and seen by Reuters showed an official briefly raising a handheld metal-detecting wand to the lower part of Kerry's jacket before waving him through for the meeting, which is to discuss how to stop the two-week conflict between Hamas and Israel in the Gaza Strip.

More than 500 people, the vast majority Palestinians, have died in the fighting.

Kerry appeared for only a few seconds in the footage, which showed his senior aides walking through a stationary metal detector and being checked with a handheld wand. At least one was asked to empty his pockets.