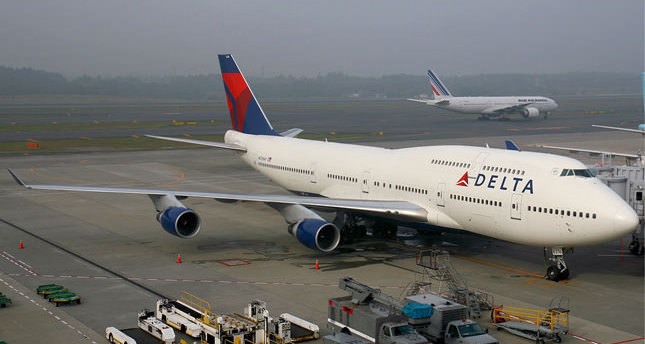 by Associated Press Jul 22, 2014 12:00 am
Two U.S. airlines cancelled all flights to Israel until further notice, after a rocket landed near Tel Aviv's Ben Gurion Airport.

Delta Air Lines and United Airlines said Tuesday they are suspending service between the U.S. and Israel indefinitely. US Airways scrapped its Tel Aviv service Tuesday and said it is monitoring the situation in regards to future flights.

Delta Air Lines' one daily flight was already in the air. Delta said a Boeing 747 from New York was flying over the Mediterranean headed for Tel Aviv when it turned around and flew to Paris instead. Flight 468 had 273 passengers and 17 crew on board.

Israeli police confirmed that a rocket from Gaza landed in an area near the airport. Police spokeswomen Luba Samri said the rocket caused damage to a house and slightly wounded one Israeli.

Airlines and passengers are growing more anxious about safety since last week, when a Malaysia Airlines jet was shot down over Ukraine, killing all 298 people on board. Airlines have rerouted planes to avoid the area over eastern Ukraine where pro-Soviet separatists are battling the Ukrainian army.


"We are working with government officials to ensure the safety of our customers and our employees and will continue to evaluate the situation," United Airlines said in a statement.

Germany's Lufthansa, Air France and Air Canada also canceled flights to Tel Aviv over safety concerns amid the increasing violence. Dutch airline KLM also cancelled Flight 461 from Amsterdam to Tel Aviv because of the unclear situation at and around the airport.