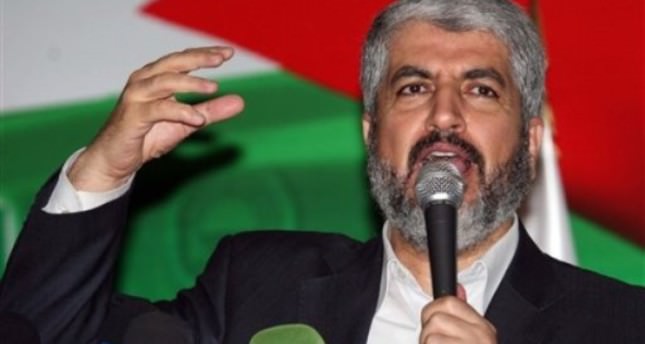 by Daily Sabah Jul 23, 2014 12:00 am
Hamas leader Khaled Meshaal made a press statement in Doha on Wednesday.

" We will not agree to a cease-fire, we reject this. We wıll be ready for a cease-fire only if and when the blockade by Israel is lifted." he said in the statement.

"All of our dead civilians, most of whom are children and women and all the dead soldiers. What is the price to pay? How many soldiers is Israel willing to see dead before the blockade is lifted?"

"The Palestine resistance will not be crushed. We will not disarm as long as Israel does the same and stops its occupation." he said.

According to official Israeli figures, 30 Israelis – including two civilians – have been killed since hostilities began.

Israel's military operation, dubbed "Operation Protective Edge," is the self-proclaimed Jewish state's third major offensive against the densely-populated Gaza Strip – which is home to some 1.8 million Palestinians – within the last six years.