Al Jazeera staff sentenced in Egypt say they will appeal 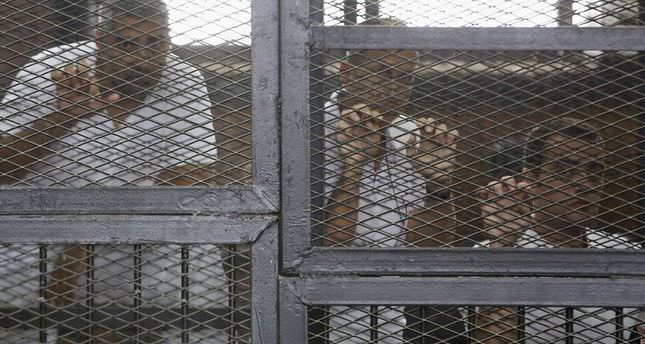 by Jul 25, 2014 12:00 am
Three Al Jazeera journalists jailed in Egypt last month for up to ten years on charges of aiding a terrorist organization will appeal their convictions, the family of imprisoned Australian journalist Peter Greste said on Friday.

The three were convicted of aiding a terrorist group - the Muslim Brotherhood group of ousted president Mohamed Morsi - in a trial that was widely criticised outside of Egypt for its paucity of evidence and the shambolic way it was conducted.

Egyptian President Abdel Fattah al-Sisi quickly dispelled hopes that he might issue a pardon following the trial, leaving the journalists with no choice but to try to win their freedom through the country's criminal justice system.

"Today we wish to announce we intend to appeal the verdict through the formal channels offered by the Egyptian legal system," Greste's younger brother, Mike Greste, told reporters in Brisbane.

Former army chief Sisi last year orchestrated the ouster of Morsi, a senior Muslim Brotherhood member, in reaction to mass protests against his rule. It has since banned the Brotherhood and declared it a terrorist organization.

Morsi's removal was followed by a security crackdown on activists and some media outlets, including the Qatar-based Al Jazeera network.

Cairo has rejected the condemnation as "interference in its internal affairs", but Sisi said this month that he wished they had been deported, not tried.

The conviction and imprisonment of the reporters has sparked a global campaign by rights groups and media organizations to win their freedom and intensified criticism of the government in many western capitals.

Greste, in a statement released by his family on Friday, said he drew strength from the campaign as he waits out the appeal in Egypt's notorious Tora Prison.

"At least part of our strength comes from the understanding that this isn't just about those wrongly convicted in our case. This is about press freedom, about freedom of speech, not just in Egypt, but globally," Greste wrote.

"If the authorities in Egypt can ride out the storm then others can too. Gratifyingly the world seems to be behind us."