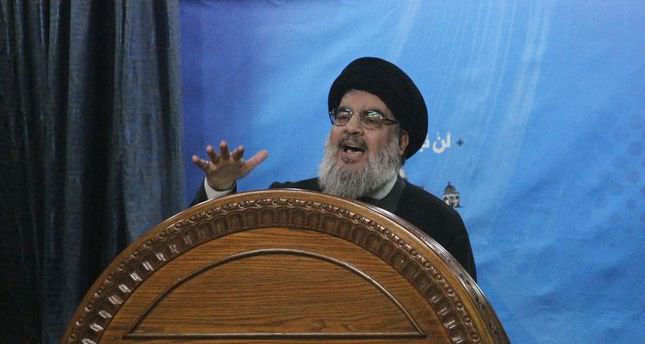 "Hamas, relying on armed resistance, has emerged the victor in Gaza," Nasrallah said in a speech in Beirut.

"Israel and the rest of the world failed to achieve their targets" in the blockaded Gaza Strip, he added, which has reeled under unrelenting Israeli bombardment since July 7.

Nasrallah, who led his group in a 33-day war against Israel in 2006, which was widely regarded as a victory for the former, accused the United States of "supporting and whitewashing the war on Gaza since the beginning."

He also accused some Arab leaders of complicity in Israel's Gaza offensive, which has thus far killed at least 848 Palestinians – mostly civilians – and injured over 5400.

"I am sure some Arab rulers have phoned [Israeli Prime Minister] Benjamin Netanyahu and asked him to continue his war on Gaza so the Palestinians would not prevail," he said.

However, Gaza-based Palestinian resistance factions – of which Hamas is the most prominent – have continued to lob rockets at Israeli cities in response to ongoing Israeli attacks.

At least 38 Israelis – 35 soldiers and three civilians – have been killed since hostilities began. Most Israeli fatalities occurred in clashes with Palestinian resistance fighters after Israel launched ground operations in the Gaza Strip last week.

"Israeli intelligence failed to appreciate the power of the resistance. Its air force has failed to win the battle on its own," Nasrallah said.

He went on to vow Hezbollah's continued support for Palestinian resistance factions.

Hamas rejected an earlier truce proposal by Cairo, saying it had never been consulted about the plan, which both Hamas and Islamic Jihad said failed to meet core demands of the Palestinian resistance.

Prior to the 2011 "Arab Spring" uprisings, Hamas, Hezbollah, Iran and Syria had been part of the so-called "axis of resistance" against U.S. and Israeli influence in the region.

This was opposed to the U.S.-friendly "axis of moderation," comprised of Egypt, Jordan (both of which have signed peace treaties with Israel), Saudi Arabia and the United Arab Emirates.

Hamas remains in de facto control of the Gaza Strip, which continues to groan under a seven-year Israeli embargo.