Thousands of Palestinians march from Ramallah to Jerusalem 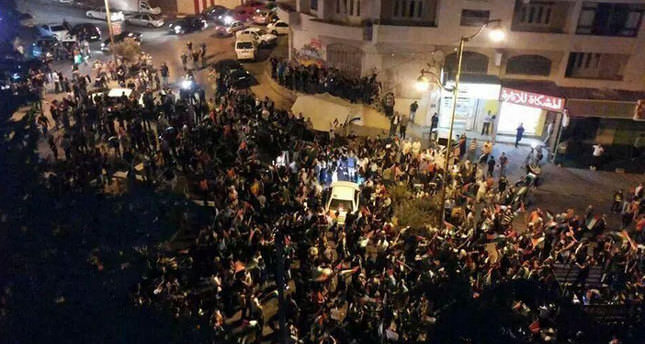 by Daily Sabah Jul 25, 2014 12:00 am
Thousands of Palestinians late Thursday marched from a Ramallah-area refugee camp towards Jerusalem in protests against Israel's Gaza offensive.

The protestors were forced to stop their march about 300 meters before the Qalandia checkpoint due to rising clouds of teargas and the sounds of exploding stun grenades and gunfire.

According to local sources, four Palestinians have been killed and 200 have been injured by Israeli fire and live bullets.

Clashes between Palestinians and Israeli forces have been a near-nightly occurrence in the West Bank since the beginning of Israel's offensive on the Gaza Strip on July 8. The offensive has left more than 800 Gazans dead and over 5,000 injured.