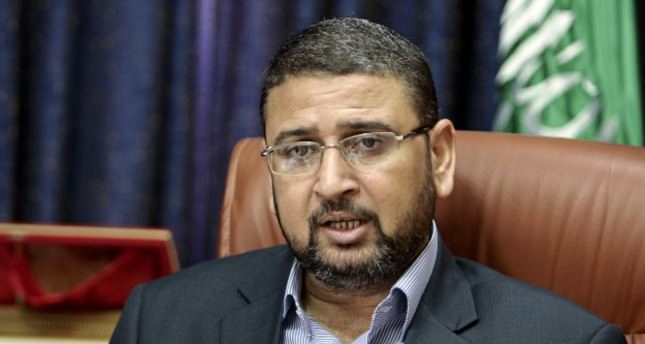 by AA Jul 26, 2014 12:00 am
The Gaza-based Palestinian resistance movement Hamas said late on Saturday that it did not approve an extension of Gaza's 12-hour humanitarian ceasefire, which came to an end a short time ago in the Palestinian enclave.
"There is no agreement on extending the ceasefire in Gaza by four hours," Hamas spokesman Sami Abu Zuhri said in a statement.
Gaza's 12-hour U.N.-proposed humanitarian lull came to an end at 17:00 GMT, but the Israeli government said it was expanding this calm by four more hours so that it can come to an end at midnight.
The humanitarian lull came hard on the heels of intensive Israeli shelling of homes and sites in the Gaza Strip, shelling that started on July 7.
At least 1046 Palestinians have been killed – mostly civilians – and more than 5900 others injured in Israel's offensive, now in its third week.
Gaza-based resistance factions, meanwhile, fired rocket at Israeli cities in response to relentless Israeli bombardments.
Israel's military operation, dubbed operation "Protective Edge," is the self-proclaimed Jewish state's third major offensive against the densely-populate Gaza Strip – which is home to some 1.8 million Palestinians – within the last six years.
Last Update: Jul 27, 2014 12:25 pm
RELATED TOPICS