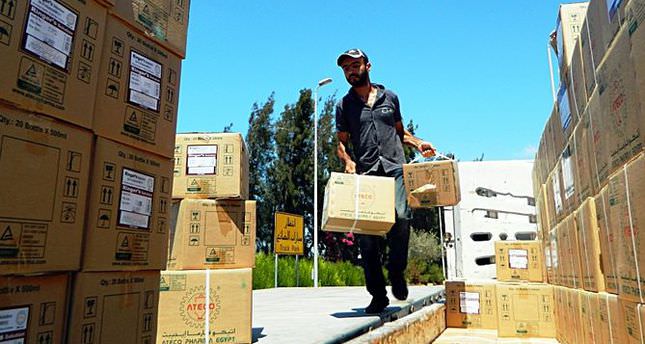 by AA Jul 27, 2014 12:00 am
The Turkish Red Crescent, in collaboration with Turkey's Social Security Institution, has sent 20 tons of medical supplies to Gaza, which has been under Israeli attack for nearly three weeks.

Mintez Şimşek, the deputy general manager of the Red Crescent, said the supplies would quickly be delivered to Tel Aviv after necessary approval so they could be handed over to Palestinian officials.

The supplies include painkillers, antibiotics and surgical items.

At least 1,060 Palestinians have been killed-mostly civilians-and around 6,300 injured in Israel's offensive, which began on July 7.

Over the same period, at least 46 Israelis-43 soldiers and three civilians-have also been killed.