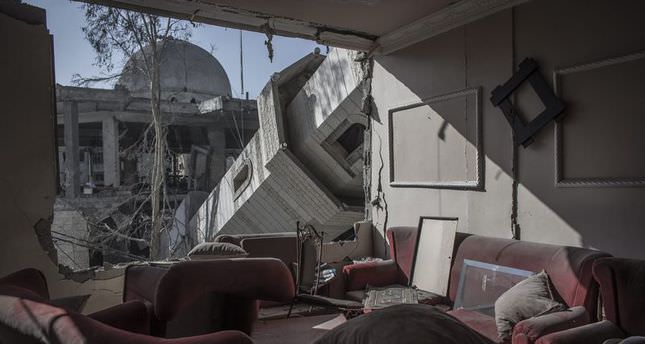 by AA Jul 30, 2014 12:00 am
Israeli army said Wednesday that its forces attacked five mosques overnight in the Gaza Strip for allegedly being used to hide weapons.

The army said that Israeli forces also destroyed three tunnels in the Gaza Strip in the past 24 hours.

Since July 7, Israeli forces have been pounding the Gaza Strip – home to 1.8 million Palestinians – with the ostensible aim of halting rocket fire.

The Israeli army said that Palestinian group Hamas has fired over 2670 rockets since the offensive began.

At least 1258 Palestinians have been killed and more than 7000 others injured since the Israeli onslaught began more than three weeks ago.

At least 56 Israelis – 53 soldiers and three civilians – have been killed since the hostilities began.

Israel's military operation, dubbed operation "Protective Edge," is the self-proclaimed Jewish state's third major offensive against the densely-populate Gaza Strip – which is home to some 1.8 million Palestinians – within the last six years.