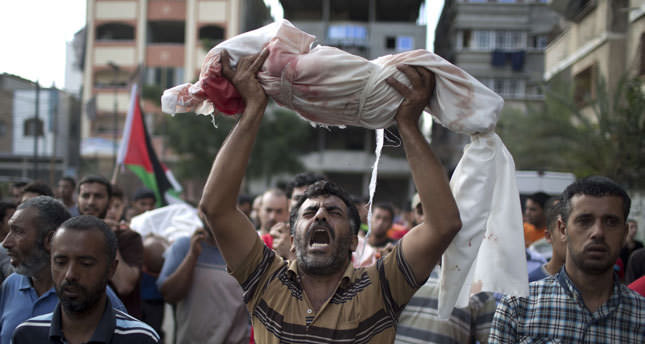 by Associated Press Jul 30, 2014 12:00 am
Israeli strikes hit a crowded shopping area in Gaza City after declaring a four hour cease-fire to parts of Gaza on Wednesday leaving at least 17 dead. This came hours after Israeli tank shells tore through the walls of a U.N. school crowded with war refugees in the deadliest of a series of air and artillery attacks that push the Palestinian death toll above 1,300 in more than three weeks of fighting.

The bloodshed came on the heels of an escalation by both sides fighting in the embattled coastal territory, further dimming prospects for a sustainable cease-fire despite international diplomatic efforts.

The attack on the U.N. school in the Jebaliya refugee camp was the second deadly strike on a U.N. compound in a week. Tank shells slammed into the compound before dawn, said Adnan Abu Hasna, a spokesman for the U.N. Relief and Works Agency, UNRWA, which is sheltering more than 200,000 people displaced by the fighting at dozens of U.N. schools across Gaza.