US blocks entry of Kurdish crude oil to Texas port 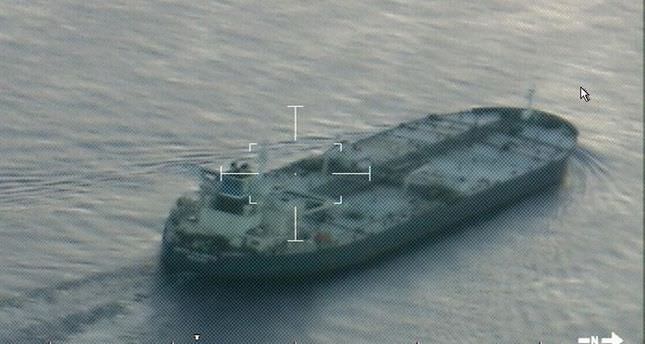 by Associated Press
Jul 30, 2014 12:00 am
The U.S. has barred a shipment of Kurdish crude oil from reaching the Texas coast amid concerns independent oil sales from Kurdistan could further weaken Iraq's fragile central government as it struggles to contain a Sunni military offensive.

A U.S. District judge ordered a U.S. Marshal to seize the cargo about 1 million barrels of crude oil, worth about $100 million aboard the tanker United Kalavryta in response to a complaint filed by the Iraqi government claiming the oil was smuggled out of Kurdistan without its permission.

However, the tanker, anchored some 60 miles off the Galveston coast, is in international waters and thus outside U.S. jurisdiction. If it moves in closer so that smaller vessels can deliver its oil to shore, the U.S. Marshal will act on the court warrant and seize the cargo from those vessels, spokesman Dave Oney said.

The United Kalavryta left a Turkish port in June carrying the crude from a newly opened pipeline that transports crude from the Kurdish oil fields. The buyer was not immediately known.

As the ship approached Texas, Baghdad acted on a threat to sue anyone who buys Kurdish oil, pre-emptively filing a civil suit in U.S. District Court for the Southern District of Texas. On Tuesday, Iraqi Oil Ministry spokesman Assem Jihad welcomed the U.S. judge's seizure order. "The Iraqi government considers these oil shipments to be illegal and we hope that everybody in the world will respect our measures," he said.

Iraq's Supreme Court in June rejected a request from the central government to outlaw direct oil exports from the Kurdistan region, which some Kurdish officials have interpreted as a license for independent sales.

The U.S. has supported the Iraqi government's restrictions on buying Kurdish oil that has not been brokered by Iraq's oil ministry, but the State Department has yet to intervene in any sale.

"We believe that Iraq's energy resources belong to the Iraqi people and certainly have long stated that it needs to go through the central government," State Department spokeswoman Jen Psaki said during a briefing Monday.

For years Iraq's Kurdish north has feuded with the Baghdad government over control of oil fields in the autonomous region.

But the two sides have also worked together, with the Kurds twice providing critical support to al-Maliki's bids for prime minister.

After the Kurds independently shipped oil to Turkey in January, the central government in Baghdad retaliated by withholding the 17 percent share of the national budget normally earmarked for the Kurdish region an estimated $20 billion.

In May, the Kurdish government went a step further and sold the 1.05 million barrels in Turkey, pocketing the proceeds.

The Iraqi Oil Ministry called the sale a violation of Iraq's sovereignty, and al-Maliki described it as "akin to robbery."

In recent weeks, however, the oil dispute has been overshadowed by the violent offensive launched by ultra-right militants with the Islamic State, a group of Sunni insurgents who have taken over much of northern and western Iraq, including Iraq's second-largest city, Mosul, some 90 kilometers (56 miles) from the Kurdish regional capital of Irbil.

The Kurds have taken advantage of the chaos to push into disputed territory, including the oil-rich area of Kirkuk, reigniting a decades-old dream of independence, with calls for a referendum on the issue growing more pronounced in recent weeks.

Sherko Jawdat, head of the Kurdistan Parliament's industry and natural resources committee, said Tuesday that without financial support from Baghdad, Kurdistan "has no choice" but to independently sell oil.