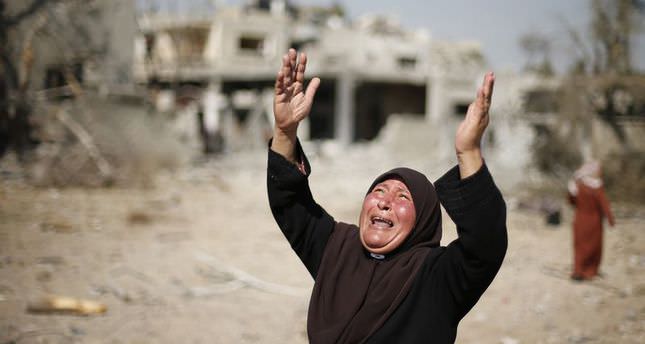 by Aug 01, 2014 12:00 am
Israel's army has informed the United Nations that the ceasefire in Gaza is over, according to Israeli media citing government officials.

Israeli shelling near the southern Gaza town of Rafah killed at least 40 people on Friday, the local hospital said, as a ceasefire that went into effect only hours earlier crumbled.

Israel accused Hamas and other Palestinian groups of violating the U.S.- and U.N.-mediated truce, but did not elaborate, amid Israeli media reports that gunmen had fired at Israeli soldiers in the Rafah area.