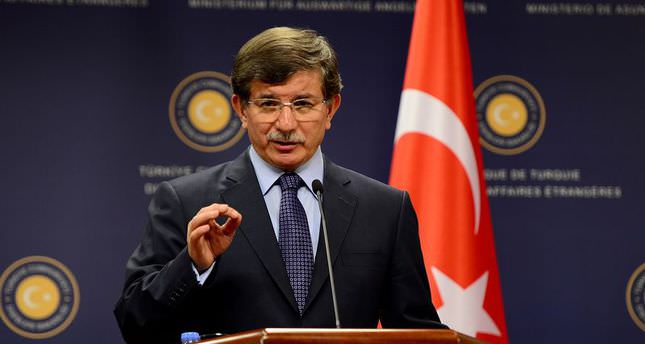 by reuters
Aug 01, 2014 12:00 am
Turkey will do what it can to help free an Israeli soldier whose capture led to the breakdown of a ceasefire between Israel and Hamas but the priority should be the reinstatement of a truce, Foreign Minister Ahmet Davutoğlu said on Friday.

"What is important is that the ceasefire is reinstated. To ensure this, together with others, we can take any step that could resolve this Israeli soldier issue. If Turkey can do anything, we will do our best," Davutoğlu told reporters.

"But if the ceasefire is stopped because an Israeli soldier is kidnapped, somebody should account for the 70 Palestinians killed (today). In our eyes, all people are equal," he said.

U.S. Secretary of State John Kerry, fearing an escalation of violence in Gaza, earlier called on Turkey and Qatar to use their influence to secure the release of the Israeli soldier.