77 killed in clashes between Kurdish forces and ISIS 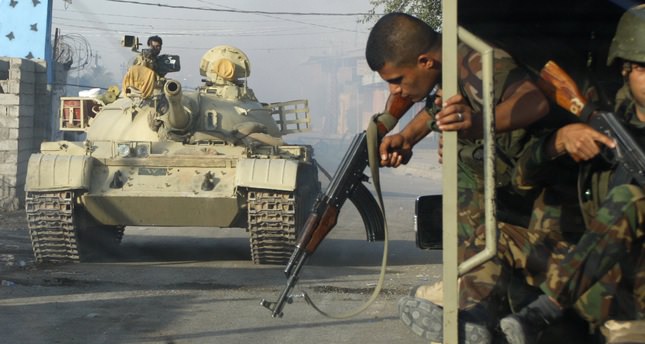 by Aug 02, 2014 12:00 am
At least 77 people were killed on Saturday in fierce clashes between Kurdish forces and ISIS rebels near northern Iraq, Kurdish officials said.

The fighting erupted when militants from ISIS attempted to seize the mostly Kurdish town of Zamar, north of Mosul, which has been controlled by insurgents since June, said a Kurdish official.

Forces from the Peshmerga - the military troops of the Kurdish region - battled ISIS insurgents and killed 62 of them, the official told on condition of anonymity.

The fighting also left 25 Peshmerga soldiers dead, according to the official. The violence triggered an exodus of civilians from the area.

ISIS - an al-Qaeda breakaway group - has made territorial gains in northern and western Iraq since early June, when it launched an offensive focused on the country's Sunni heartland.

Peshmerga troops have since captured several areas at the centre of a long territorial dispute with the central Iraqi government.

The takeovers have further strained ties with Baghdad.

Iraq has been wracked by violence over the past year, much of it blamed on ISIS- and aimed at security forces and civilians.

According to the United Nations, 1,186 civilians and 551 security personnel were killed in Iraq's violence in July.