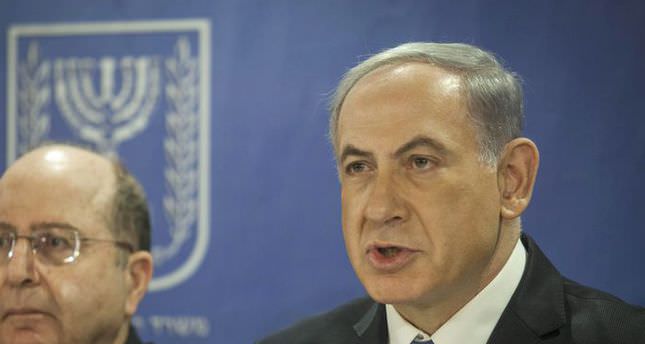 by Aug 02, 2014 12:00 am
JERUSALEM— Israeli Prime Minister Benjamin Netanyahu threatened Saturday to exact an "intolerable price" from Hamas should there be continued attacks from the Gaza Strip. "We do not accept a continuation of the shooting," Netanyahu told reporters.

"It (Hamas) will have to understand, however long that takes, that it will pay an intolerable price, from its perspective, for continuation of the shooting." Netanyahu also said Israel was prepared to continue fighting in the Gaza Strip after the army completed its primary mission of destroying cross-border tunnels from the territory.

"After completing the anti-tunnel operation, the IDF (Israeli army) will act and continue to act, in accordance with our security needs and only according to our defense needs, until we achieve our objective of restoring security to you, Israel's citizens," he said in a televised speech.