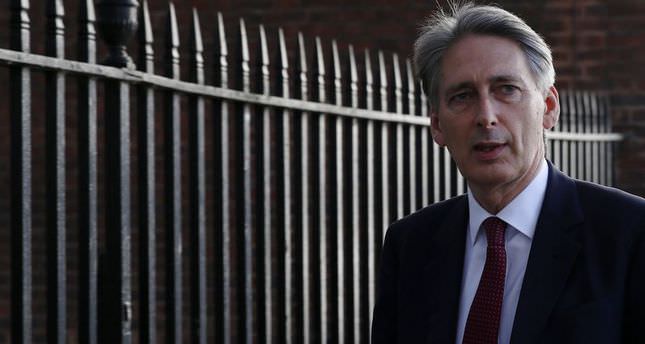 by Aug 03, 2014 12:00 am
Britain believes the situation in the Gaza Strip has become intolerable and could lead to an increase in anti-Semitic attacks on British Jews, Foreign Secretary Philip Hammond said in a newspaper interview to be published on Sunday.

Hammond told the Daily Telegraph he was receiving thousands of emails from Britons "deeply disturbed" at events in Gaza since Israel launched an offensive against Hamas and other guerrillas in response to a surge of cross-border rocket salvoes.

"The British public has a strong sense that the situation of the civilian population in Gaza is intolerable and must be addressed - and we agree with them," Hammond said.

He called for an immediate ceasefire without conditions.

"But we cannot allow them to stand in the way of a humanitarian ceasefire. We have to get the killing to stop."

Palestinian officials say the Gaza death toll has risen to 1,675, most of them civilians. Israel has confirmed that 63 soldiers have died in combat, while Palestinian shelling has killed three civilians in Israel.

On Saturday, Israeli Prime Minister Benjamin Netanyahu said Israel would go on fighting Hamas in the Gaza Strip even after the army destroys cross-border tunnels used by Palestinian militants to attack its territory, the main goal for its incursion.

On Thursday, a group that advises Britain's 260,000 Jews on security matters said anti-Semitic incidents in Britain had risen to a near-record level since the start of the Israeli offensive.

Asked if the fighting in Gaza could lead to more attacks on British Jews, Hammond told the Telegraph: "Of course it's a concern and we have already seen certainly an upturn in anti-Semitic rhetoric."

"But what has struck me most looking at my own constituency in-box as well as the thousands of emails that I'm receiving from the general public here is that it isn't just the Muslim community that's reacting to this," he said.

"It's a broad swathe of British public opinion that feels deeply disturbed by what it is seeing on its television screens coming out of Gaza."