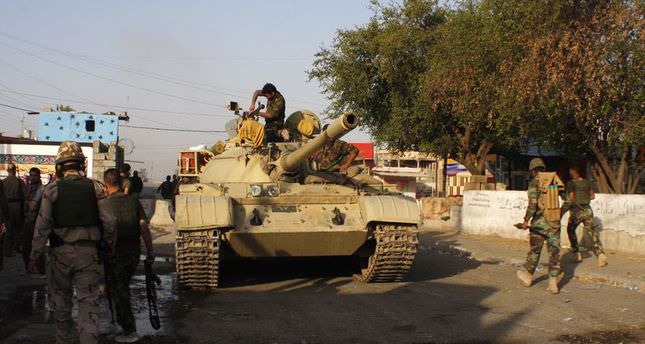 by AA Aug 04, 2014 12:00 am
Iraq will provide air support for Kurdish Peshmerga forces as they battle militants linked to ISIL, the Iraqi military has said.

The military co-operation between the federal government and the Kurdish Regional Government comes after ISIL secured several victories against Peshmerga fighters over the weekend.

Turkmen, Arabs and Yazidis were among the displaced, as well as Shia families planning to migrate to the south.

The violence in Iraq has escalated since early June after a coalition of armed insurgent groups led by ISIL took control of large swathes of the country's predominantly Sunni provinces.

Sinjar, a traditionally Yazidi-dominated town, had been under Kurdish control since the Iraqi army withdrew from the region.