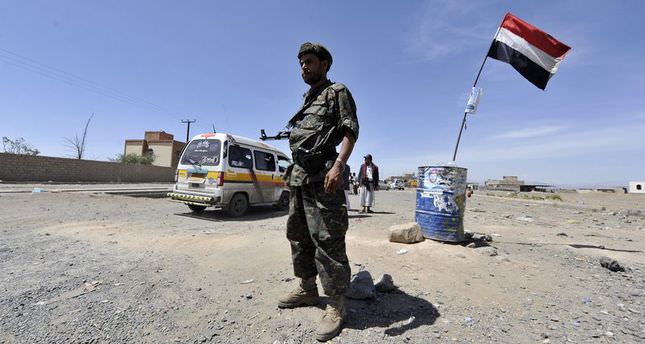 by AA Aug 04, 2014 12:00 am
Six Yemeni soldiers were killed early Monday in an ambush by suspected Al-Qaeda militants in the southern province of Hadhramaut, according to a security source.

Yemeni authorities are yet to comment on the report.

Four Yemeni anti-terror troops were killed and two others wounded on Saturday when their patrol was attacked by suspected Al-Qaeda militants in Ataq, a city within the southern province of Shabwah.

Yemen has started hitting hard at Al-Qaeda in its southern provinces since late April.

Battles between the army and Al-Qaeda in the southern provinces of Shabwah and Abyan left 500 Al-Qaeda militants and 40 Yemeni troops dead, the spokesman of the Yemeni army said in early May.

Security remains to be a major challenge in Yemen, which has descended into chaos since a popular uprising in 2011 and regime change in 2012.