Egypt to dig out 72-kilometer waterway parallel to Suez Canal 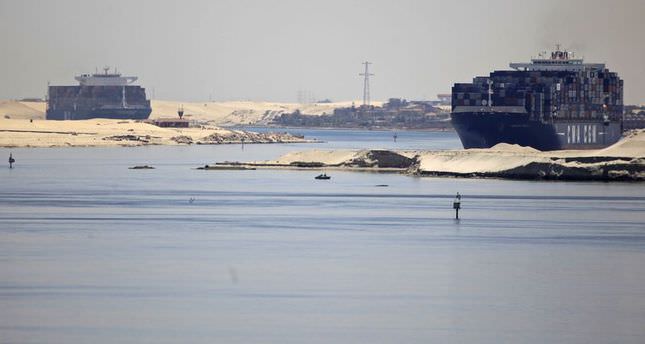 by AA Aug 05, 2014 12:00 am
Egypt has decided to dig out a 72-kilometer waterway parallel to its Suez Canal at a cost of $4 billion to facilitate maritime movement and shorten the time ships take to cross between the Red and Mediterranean seas.

"The new canal will give Egypt strategic and logistic edge and increase the Suez Canal revenues," Mohab Mamish, the Chairman of the Suez Canal Authority, told a conference on Tuesday in the eastern province of Ismailia.

Addressing an audience that also included President Abdel-Fattah al-Sisi, Mamish said the Egyptian army would dig the new canal in three years at a cost of around $4 billion.

The digging period was later slashed to one year at the orders of President al-Sisi, the former army chief.

He added that the project would help double the Suez Canal revenues and help create nearly one million jobs.

By far the country's most aspiring and hyped project, the Suez Canal Corridor Development is expected to economically revolutionize the canal area and turn it into an international logistical and industrial hub.

Mamish said, meanwhile, that the name of the consortium that would make the design of the development project would be announced before mid-August.

Fourteen consulting consortiums initially qualified to apply for making the design of the project before tree dropped out.

The project would be carried out on lands adjacent to the Suez Canal.

A large number of factories and service projects are expected to be created in the area, opening up sources of huge foreign currency for this country.

The project had been adopted by the government of ousted president Mohamed Morsi, but had met objections from the military, which had cited national security concerns.
Last Update: Aug 05, 2014 4:50 pm
RELATED TOPICS