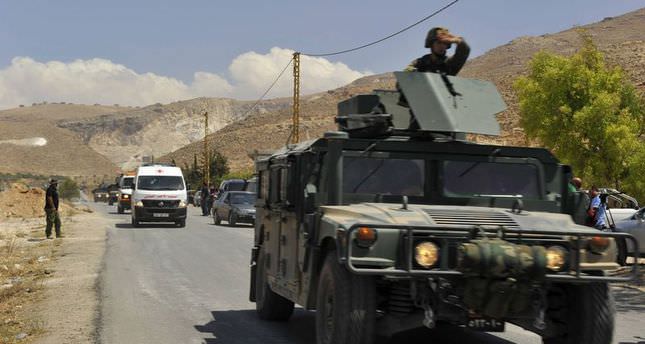 by Associated Press Aug 05, 2014 12:00 am
Gunmen attacked a delegation of clerics sent to mediate between the Lebanese army and a band of Syrian militants that took over a Lebanese town, wounding a prominent Sunni sheik who then left Tuesday, one of his associates said.

Sheik Salem al-Rafei of the Association of Muslim Scholars suffered wounds in the leg during the attack late Monday and then left the town of Arsal the next day. It is unclear if the clerics made any progress in attempts to set up a truce between the army and the militants.

The fighting in Arsal marks the first time that the rebels battling Syrian President Bashar Assad have carried out a large-scale incursion into Lebanon, raising fears that the tiny country is being further drawn into its larger neighbors bloody civil war. The clashes have so far have killed 17 soldiers and wounded dozens, including 22 who have been declared missing.

Sheik Raed Hleihel of the scholars' association told The Associated Press that two other delegation members were also shot, including Sheik Jalal Kalash who was injured severely and is being treated at a Beirut hospital. He would not comment on the results of the mediation.

Lebanese officials have said that the army will not stop its offensive against the militants around Arsal until they withdraw back into Syria and free any soldiers captured during the past days of battles.

In a possible sign of the conflict spreading further into Lebanon, gunmen opened fire at a bus carrying soldiers in the northern city of Tripoli wounding seven early Tuesday, the army said.

Like Arsal, Tripoli is predominantly Sunni and many residents back the overwhelmingly Sunni rebels in Syria trying to overthrow Assad.

Lebanon's powerful Hezbollah militia, however, not only backs the government of Bashar Assad, but has also fought in Syria side by side with his forces.

The Syrian government has seized nearly all the strategic Qalamoun region bordering Arsal with the help of Hezbollah fighters.

Syria's conflict began in March 2011 as a popular uprising against Assad's rule, but turned into an insurgency after government forces violently cracked down on demonstrators. It has since become civil war with sectarian overtones. Over 170,000 people have been killed in Syria in more than three years of fighting, activists say.